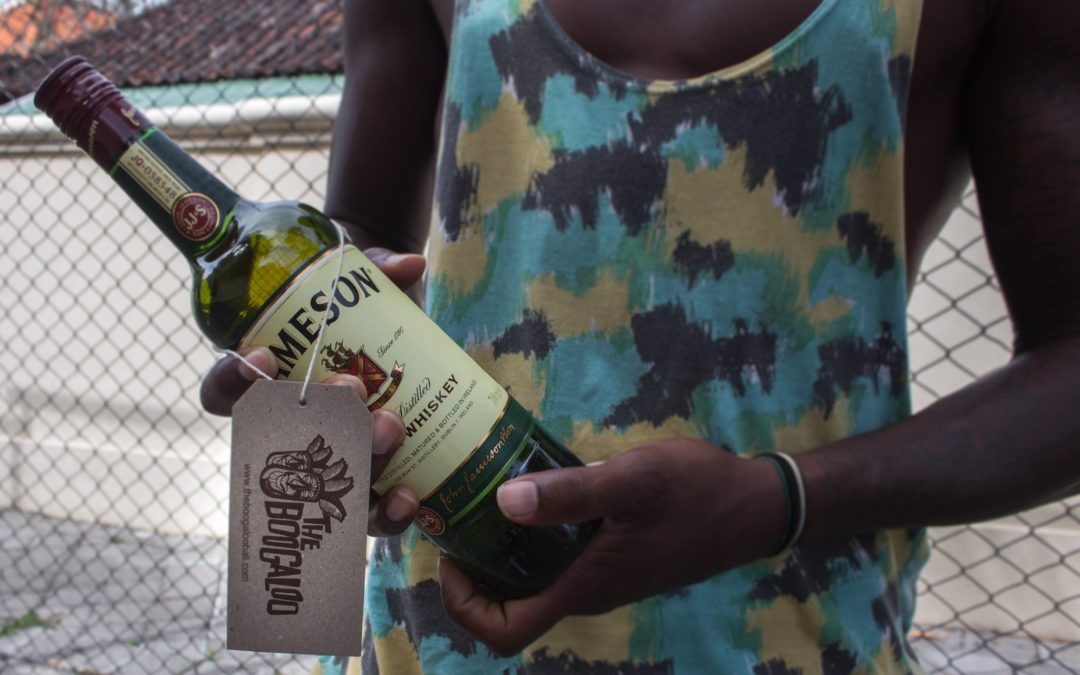 Navigating your way through whiskeys.

Trying to decipher the menu at a whiskey bar or walking through your local liquor store’s whiskey isle can be an intimidating feat. If the rows upon rows of choices deter you from ever experimenting with bottles other than Jack Daniel’s or Johnnie Walker, then reflect on this short educational article about what’s what in the world of whiskey. Here’s a reference to help you get out there, open up your taste experience and enrich your palate.

All whiskeys are essentially the same, a dark spirit distilled from various grains and aged in barrels, with the main difference being geography.

An American staple that became popular during the prohibition era, Bourbon is made from at least 51% corn and aged in charred oak barrels for at least 2 years. Two popular bourbons you’ll see at every bar are Jack Daniel’s and Jim Beam, and if you’re up for some cocktail action, order a Whiskey Sour or an Old Fashioned, the two most popular bourbon-based crowd pleasers.

Like its counterpart Bourbon, Rye is also typically an American or Canadian
Whiskey made from at least 51% rye and matured for 2 or more years…

Once the dominant spirit of the region, it has since lost popularity, but don’t be too quick to dismiss the amber liquid. It’s slowly making a comeback and gaining popularity with stand outs like Wild Turkey 101 and Bulleit Rye on the market. Order a Manhattan if you’d like to try it in a cocktail!

Most famously from Scotland
Single malt disobeys the geography rule and is made all over the world, and made well all over the world. As the name suggests, it’s produced by a single distillery using a single malted grain. However, you’ll likely be offered a Scotch Single Malt if you were to order. Names like Macallan, Highland Park, Glenlivet, Singleton and Glenmorangie dominate the industry, though an Irish Single Malt took home the first-place prize at the 2019 World Whiskey Awards. If you’re going to sip a Single Malt, we recommend you drink it neat or with a dash of water but try not to mix it or you’ll being doing the drink a disservice.

Blended Malts are a combination of Single Malts from multiple distilleries blended together to hit the sweet spot between flavour and price.

If you can’t be Thomas Shelby, you can at least drink like him. Made in Ireland, Irish whiskeys use more barley and are aged for a minimum of 3 years in wooden casks. Irish whiskey isn’t as interchangeable in cocktails as the other whiskeys are, but you can’t go wrong with an Irish Coffee or a simple Irish Whiskey & Ginger Ale.

The Japanese have perfected the whisky making process – churning out premium bottles than can set you back a pretty penny. In recent years they have become such a hot commodity that the supply chain has literally run dry, and for good reason. The Japanese make whisky with finesse. Taking methods developed in Scotland, Masataka Tasketsuru and Shinjiro Torri, two of Japan’s most influential whiskey figures, modified the blends to suit the Japanese palate and the rest is history. If you’re planning on mixing, do as the Japanese do and try a Japanese Highball, it’s simple yet delicious.

Now that you have the basics down, it’s time to start exploring! We wish you luck on your future whiskey quest!